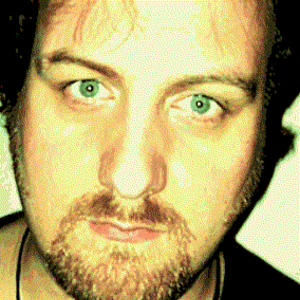 Mitch Benn is one of the foremost exponents of musical comedy in the U.K…

A regular contributor to BBC Radio 4's The Now Show (Sony Award nomination 2009) and Radio 2's It's Been A Bad Week, he now has two of his own BBC Radio series. Mitch Benn's Crimes Against Music completed its third series in 2006 and he is also hosted a second series of The Mitch Benn Music Show on BBC Radio 7.

A natural crowd-pleaser, his barnstorming delivery makes him one of the most sought after acts on the university comedy circuit .His first CD, The Unnecessary Mitch Benn, proved hugely popular and as did his second album - Radio Face. His songs are also featured on the recently released BBC Worldwide compilation CD of The Now Show. His third album, Too Late To Cancel, his first with The Distractions, was released in October 2004 and a follow up album, Crimes Against Music was released in the Autumn of 2005 to coincide with a national tour. In 2008 he released his fourth album, Sing Like An Angel followed by Where Next? in 2009.

In 1995, Mitch won “Best New Comic” at the Glastonbury Festival and in 1998 he was awarded “Mercury Comedian Of The Year” at the Leicester Comedy Festival. Having played the Edinburgh Festival numerous times as a solo artist, in 2003 he appeared with The Distractions at The Gilded Balloon, in 1999 “Carlton’s Comedy Warehouse” at the Assembly Rooms and in 1998 he co-starred in a sketch show entitled “The Bootleg, Bootleg Beatles”.

As well as playing clubs and colleges all over the U.K., Mitch has toured Ireland and Dubai and in 1998 performed a two week solo show run at the Grahamstown Theatre Festival in South Africa. The following year he performed in Hong Kong and in 2001 was invited to the Singapore Comedy Festival.

Radio remains his passion. He is a regular on The Now Show (BBC Radio 4), has been featured several times on Jammin' and It's Been A Bad Week.

In addition to his musical and comedic skills, Mitch is an accomplished actor – he’s played Macbeth!! A member of the Edinburgh University Theatre Company from 1988 –1993, he wrote, directed and starred in many different productions including Nickleopera a musical which subsequently toured the U.S.A.

He speaks fluent French and Spanish, dodgy Portuguese and a bit of German.

“Song after song of exquisitely crafted satire” The Scotsman

No gigs were found.